Skeptic: There is actually NO relationship between smoking and lung cancer, it’s just a story made up by liberals!
Scientist: There’s a really strong relationship between smoking and cancer, we’ve even done pathological research demonstrating that smoking causes cancer
Skeptic: OK but what about this study that didn’t find any relationship?
Scientist: That study was done using a poor methodology that everyone knew was going to fail before it was even published
Skeptic: OK but what about my comparison between national rates of smoking and national rates of cancer 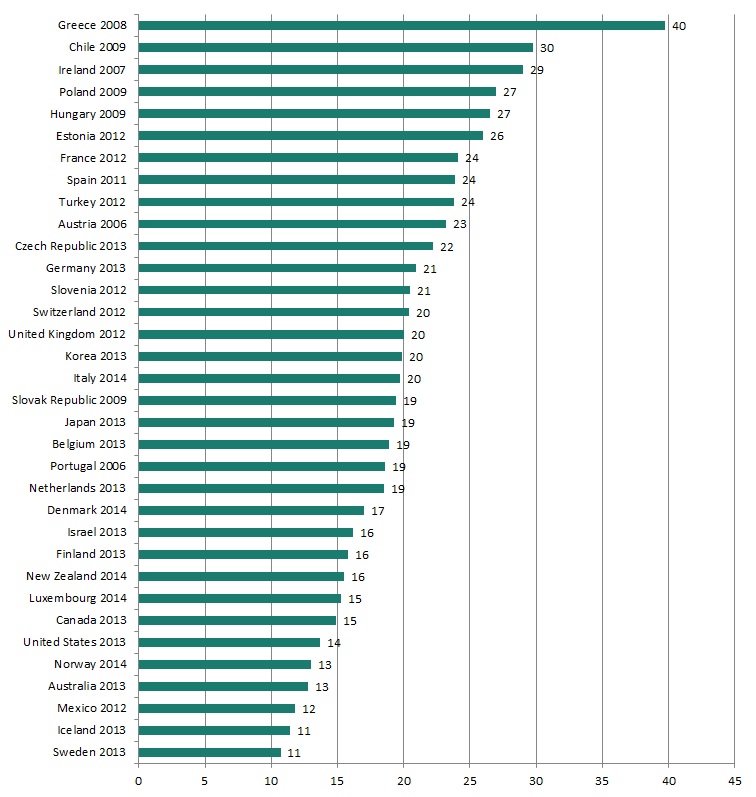 And if you look at my other graph, you’ll see Belgium has a middling rate of smoking but a skyrocketing lung cancer rate, in comparison to Slovenia’s much higher smoking rate and slightly smaller lung cancer rate.
Mr. Science Man, how come there are all these exceptions? Does your phenomenon even have a correlation?
Scientist: Well first, I’ll refer you back to the pathological evidence that demonstrates without any uncertainty that smoking causes lung cancer. . Especially when there is evidence that smoking rates within countries and states are robustly correlated with lung cancer rates
Skeptic: Mr. Science Man, but if they’re correlated within states, why would they not be correlated outside of states? Isn’t a more parsimonious explanation that lung cancer rates between countries & individuals are caused by innate factors like genes? How do you explain that when smoking rates rose, lung cancer rates fell among females in the UK?

Scientist: Considering your evidence & issues about cross-national data, we have to note that cross-national regressions have a number of issues with them concerning how to establish causality or lack thereof. Notably is the issue of omitted variable bias, selection bias & confounding bias. I have no doubt that these methodological issues are causing the relationshi-
Skeptic: Excuse me Mr. Science Man, but why should we trust you when we know that all of the research published in scientific journals is bunk? Do you remember the replication crisis? Gestures towards Ioannidis 2005
Scientist: Well, I wasn’t done explaining your evidence. But on the replication crisis, yes: there are a number of issues with scientific research and how journals have accepted poor research, but this doesn’t universally apply to all specific lines of research. For instance, cancer genetics has been known to provide non-replicable effects while cancer pathology (the topic in question here) has repeatedly shown that smoking is associated with lung cancer.
Skeptic: Mr. Science Man, if this were true then how could you possibly have the rates of smoking decreasing among British females simultaneously with the rates of lung cancer increasing. Would this not show that the two variables are not associated?
Scientist: I was going to get to that earlier before you interrupted me. But let me point out that first: lung cancer has a diverse set of etiologies & is inherently multifactorial. Obviously if a person has a genotype that is susceptible to cancer, but never engages in any of the risk factors for lung cancer (say: smoking and coal mining), then they’re less likely to develop lung cancer than someone who has a better genotype but engages in a number of risk factors. Because of this complex relationship, one risk factor can decrease while the actual disease increases.
Skeptic: Perhaps, but even a big rupture like the UK’s smoking ban in 2007 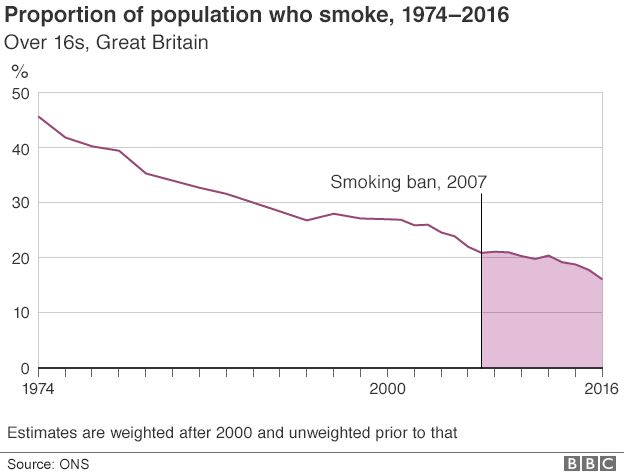 did not produce a large decrease in the lung cancer rate, only a tiny one.
Please visit my blog post demonstrating that in the Ukraine [sic], smoking increased while lung cancer decreased! This relationship happens repeatedly over different times and places?
Scientist: Again, because lung cancer is multifactorial and inevitably influenced by numerous social, biological and behavioral phenomena, you can’t reduce the trend in lung cancer over time to a single input variable and then scream “ha no causality” when you find no correlation. Let me note that a number of studies have found that smoking bans find that decrease respiratory symptoms.
Skeptic: I don’t know about that, a recent new review found that smoking doesn’t cause cancer
Scientist: First, that review is about passive smoking. Given that there are numerous ways to measure, operationalize and construct smoking statistics, it seems hazardous to conflate all measures. Second, this study contradicts more robust analyses done by researchers that aren’t associated with the tobacco industry.